Day -1:
I got to work at 530am today and left at 730pm to try to catch up and wrap up some work. I think i'm about halfway there...I left work to go shopping for a backpack and a polariod xs100 camera to record stuff while on my trip (they're similar to GoPro, but i'm too cheap to buy a GoPro).

Best Buy's website said they had the polariod xs100, so I go there. They don't have it in store.  I go to Dick's sporting goods (it was next to best buy) to check out backpacks. The backpacks seemed like whatevs.

I check out Fry's to see if they have good GoPro alternatives, they don't. By now it's 830pm, and I really need to shop for my backpack. So I go to REI. At 9pm they tell me they were closing, so i grab the backpack I was staring at the longest (it was also on sale). I then go back to Dick's sporting goods to see if they had anything similar (in case i find something better at Dick's because by now i can't remember what i saw there the first time, since I can return the REI bag) - yes, I know I am a dumbass. Dick's didn't.
I then go to Target to see if they had any good GoPro alternatives. They don't.
I decide that I'll get a camera when i get to japan. I don't know why I was so obsessed with buying a camera that night. I was being a dumbass.

It's 10pm. I go home to pack, pay bills, and stuff. and do laundry. and write a blog entry. i fail at life.

this was the backpack i got. 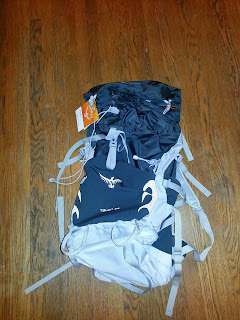 it looks kind of cool from the back too. 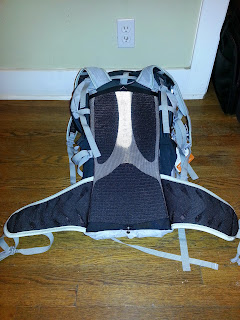 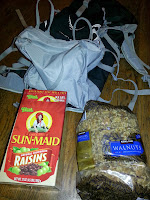