Below is a record of my days of not working. Not every day has an entry because some days just don't have much worth posting. 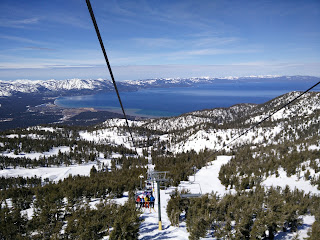 Day33, 2016/2/26, Friday:
Walked under the bay bridge on the SF side. The bay area never ceases to wow it. This trip and these sights took my breath away. And I'm not sure if I'm ever going to get it back. (I now plan on moving up after/if I'm done with my travels and return to the US) 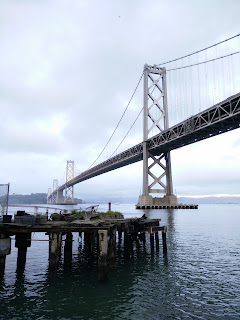 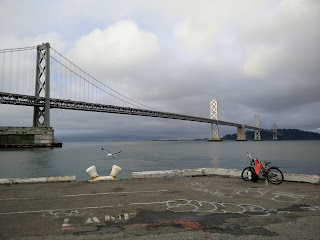 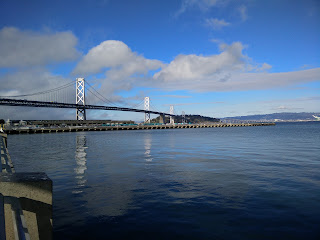 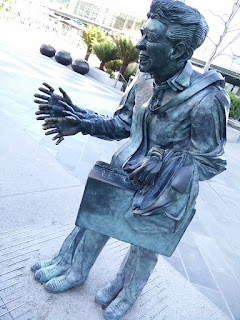 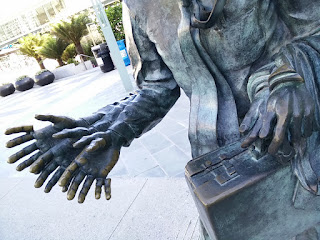 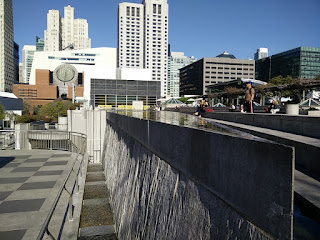 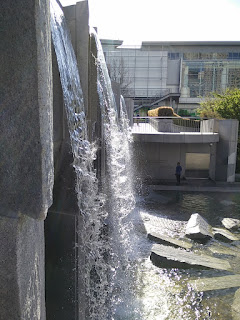 Day18, 2016/2/11, Thursday:
Took grandpa to some beaches. thankful for time spent with cousin and grandpa. Wish grandpa's arm were better, and he didn't have to use his other hand to raise the other one to point at a building or a sunset. 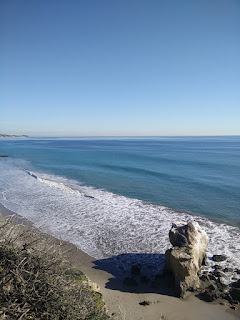 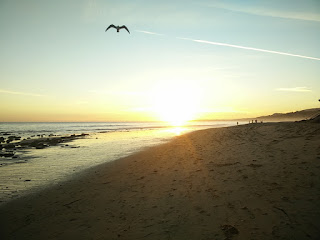 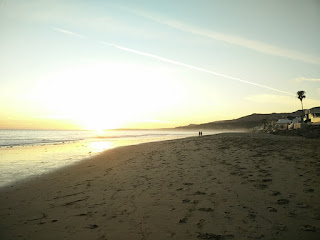 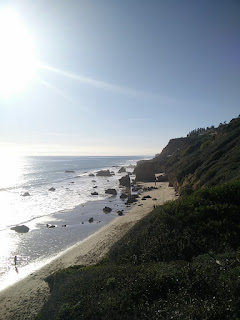 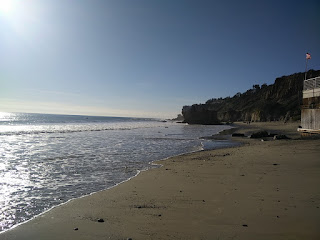 Day16, 2016/2/9, Tuesday:
It's another one of those days where I stare at my vacuum cleaner awkwardly bump around my mom's house as I ask myself wtf am I doing with my life. 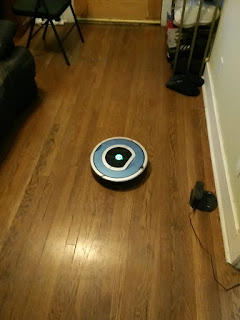 I've discovered some hard-to-fix bugs in the website I've been trying to build (www.pymwymi.do), and it keeps pushing back my imaginary post-it-on-facebook-spam-my-friends-to-use-it launch date. I told myself that I need to quit this project and move on soon if I don't get traction.
Also, of all things that can happen, the stock market goes to shit. I shouldn't have invested played with a size-able chunk of my savings in the stock market right before I stopped working with little knowledge of what I was doing. Because The market went down 7% in the past 4 days. And one of the stocks I had a lot of shares of (LNCO, an oil/gas stock), is going bankrupt. This article Linn Energy and the 5 Stages of Grief: Denial, anger, bargaining, depression, acceptance describes it well. I was in the denial stage only a few weeks ago when I doubled down.

Day14, 2016/2/6, Sunday:
Chinese new year, superbowl day.
Somedays can feel so hopeless. Today is one of them. Despite being with family, which should be (and was) an overall very joyous time, I felt very hopeless, namely because I was making very little progress on my website and losing hope that it'll ever get users. It's as if all the worries and concerns about my future while I had a job has been amplified now that there is no longer the distraction of a job. When I had a job, I was uncertain about what I really wanted to do with my future, and that uncertainty bothered me enough to leave my job go searching. Now that I don't have a job, that uncertainty is just amplified.
When I left my day job, people were saying "congrats', or "what you're doing is very admirable and brave", and I wondered why they said that, because I was just going from having a job to not-having-a-job, from being a producer/contributor to the economy to just "chilling". Now I understand why it was a brave thing to do, because some days are lonely, dark, and hopeless as hell.

Day13, 2016/2/5, Saturday:
Went out with friends to a bar/club. A lot of alcohol and foolishness. Best part of the night in my opinion was on the drive home, we were getting one drunk, heterosexual friend to admit that he likes the dick. He did admit it, and sang about it.


Day10, 2016/2/1, Monday:
Observed my grandpa fold plastic grocery bags for future reuse. Then played chess against him. He whooped my ass, but just before I was about to give up, he suggested we switch sides (so I take his winning side, and he plays my side that was just about to lose), because he said that's how you learn. He was so wise and so right. And then... he came back and still kicked my ass! 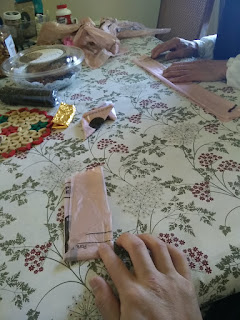 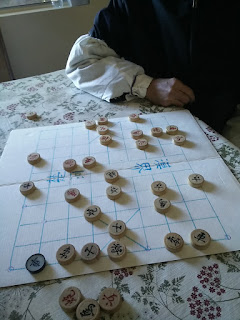 Day9, 2016/1/31, Sunday:
Moved, packed all of my stuff, drove it back to my mom's place.
Helped volunteer at a friend's amazing event. Got tasked with driving and parallel parking a truck in an alley way!! When we arrived, my friend asked "who's willing to drive a big ass truck?" I raised my handed because I wanted to be out of my comfort zone (because that's the kind of person I want to develop myself into, because I want to be more confident, I want to be a leader, etc.), and I drove super slow, and had a lot of help from another friend who was directing me and walking behind or in front, every step of the way (without him, I really would not have been able to do it). All in all, awesome experience. And my friendss event went really well. I have amazing friends. 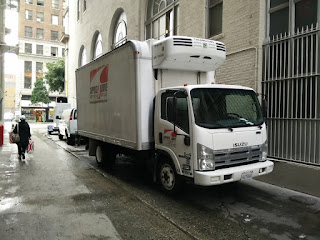 Day8, 2016/01/30, Saturday:
Last day surfing as a resident of this neighborhood. I went out, and conditions sucked, and I couldn't catch any waves, and the waterproof bandage on a cut I already had on my feet feel off. I went back inside. I kept monitoring the conditions and was wondering if it'd get better, but I needed to do laundry and pack. I decided not to go back out. And it saddened me because tomorrow morning, it will rain, and I will not be able to surf again. If I had known in my head that that was the last time I was going to surf in this neighborhood as a resident, I think I would have toughed it out longer out there, to finish on a better note. But perhaps I shouldn't be so hard on myself, and give myself credit for going out there in the first place. Because conditions sucked, and there weren't many people out there at all.
Also, I went on date :)
First date of the year. 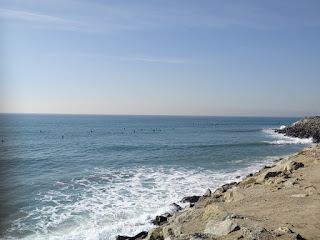 My Neighbors had a small going away party for me. I'm very thankful for that. I didn't really want one because of my insecurities maybe (that people wouldn't show up, or I didn't want to trouble people to stay out late on a work night, or people wouldn't have fun, etc.) but my neighbors and roommates said we should have one, in the end, and it turned out great. About 8 people showed up. Some people had work the next morning and I was telling them they didn't need to show up if they didn't want to. But that sounds so stupid. Like: "hey come celebrate with me, but don't come if you don't want to". I wish i was more confident and just didn't care or worry. I mean, on other people's birthdays or going away parties, I showed up even though I had work the next morning too. And some times, I left early when i wanted to, and when I was sort of on the fence, people urged me to go and show up, and that did not offend me. The funny thing was, I was the earliest to take a taxi back and go home. They were playing a drinking game at a bar, and I drank a little, but didn't like the game nor the activity. Heh, that's life.

Also, yesterday afternoon, as I went out to go surfing:
I saw a life guard come out and wave and point towards south, telling a swimmer to swill southward. I was about to get into the water, and I asked why were you pointing south? He puts his walkie talkie into the sand, and starts taking off his jacket as he says to me, oh it's because there's a rip tide there and we have a swimmer that's in trouble, throws his jacket into the sand, and starts heading into the water. He wasn't wearing a wetsuit, and water temp was around 60 degrees. As he hit the water, he didn't flinch or squeeze his muscles, or even shake the water off his head, he just kept focused, staring into the ocean at the swimmer he was going to rescue, and went for it. The swimmer got rescued.
Then I got into the water and there was one wave that i bailed on at the last minute that pulled on my board and broke the leash, during low tide, windy conditions, and a few minutes after sunset, so it was getting dark fast. What happened was I wussed out on a wave and started paddling for it, but then didn't fully commit and tried to bail at the last minute- I dove off my board into the wave, but the wave had already caught the board. So the board goes flying towards shore and time slows down for that one second as I bob up and down a bit and watch and realize what just happened. It feel like i was 100 yards from shore. I start swimming, and waves come and tumble the heck out of me. I realize if i keep trying to do freestyle, I will tire out, and when a wave comes, I won't have to energy to stay afloat. So i started doing breaststroke, slowly, steadily, calmly. Another lifeguard saw me from his truck and drove to get as close to me on the sand, turned the truck towards me in the ocean, and turned on his hibeam lights. I was ok so I didn't wave or anything. And kept slowly swimming. Eventually I finally made it back, and thanked the lifeguard for looking out for me. These guys are amazing.

Posted by Kintsukuroi at 8:50 AM